I would be focusing mainly on secondary steel producer on the direct impact of the present scenario of GLOBAL MELTDOWN. It's very shocking as the impact has gone so far that survival is an threat to this specific sector. The reason being that, it's dependent on sourcing of Raw Material from overseas and the availability of the domestic supply of Raw Material on the other side and at the other end decreased demand due to the slowdown of Real State Development and Projects.

Recently, National Mineral Development Corporation (NMDC) and Private Mine Owners has raised the Iron Ore prices. This has further worsen the situation for the Sponge Iron (DRI) producers who does not have their captive mines. As all must be aware that Imported Non-coking Coal of South African Origin is the most suitable Coal to produce quality DRI as compared to the Indonesian Origin and Indian Coal; beacuse of Low VM, High FC, Low Sulphur Content and Less Moisture. But availabity at this present scenario at reasonable price is the big question mark.

The costing factor of DRI production may be described as below -

To Produce 1 Ton of DRI you require apprx. 1.7 Ton of Iron Ore (considering FeM 60-64 with less contamination) and 1.1 Ton of Non-Coking Coal (Considering FeT 50), plus Rs.5-6 overhead and operational cost. At present, prevailing rate of Selling price is below the Production Cost if the Iron Ore is brought out Raw Material. This resulted in closing down of many Sponge Iron Producing units across India.

In the case of Induction Melting Unit the situation is no difference. Supply & availability of Domestic HMS I & II is not up to the mark in terms pricing; so these units have to rely on DRI and Imported Scrap supply. At the present scenario of unpredictability no unit want to import as Rupee's exchange rate against Doller/Euro/Pound is weak enough. Other allied consumable cost has not come down viz., CPC, Pig Iron, Silico Manganese, Ferro Silicon, etc. which add up to the cost of production. So, most of the units are not working in full capacity to cope the meltdown.

Finally, in the case of Rolling and Section Mills, where long products are produced, mainly the demand factor has hit the industry in such a way that no unit want to hold the inventory of the goods produced. As we have seen the scenario of DRI and Steel melting units; this has direct impact on this sector. In this scenario whoever is market sensitive will survive.

In simple terms this Global Meltdown has directly or inderectly hit the Steel industry in such a way that the smartest of the smart or Giants are in a fix that they are not sure what would be next. But, in my opinion, decision in panic of any kind such as Closing Down, etc. is not the solution but if you manage to short out short term hurdles by optimising inventory and controlling expenses, it would produce better result.
at November 14, 2008 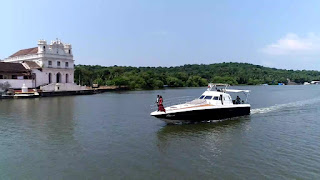